Fireplace Specialist was established in 1978 by James O. Finley after moving to Dallas from the Philadelphia area. Jim was trained as a brick mason at the Williamson School of Mechanical Trades in Media, PA., class of 1955. “Jim can build everything from a simple fireplace to a six story building”, wrote his former employer, John Bubel, who employed Jim as his right-hand man for the preceding 22 years. In the early spring of 1977, Jim came to Texas and began working as a bricklayer commercially before moving his family here in the summer. After working for some of the fireplace repair companies in Dallas, he determined, “They don’t know how to build fireplaces down here.” He started Fireplace Specialist as a sole proprietorship until the early 1990’s.

Jim’s step-sons have helped him at various times throughout the years, having learned to lay brick and block since Jim came into the family in 1972. As the fourth step-son, I am grateful to have learned the trade from such a quiet teacher who taught mostly by example and hands-on training.

Jim officially retired in 2013, but would still work occasionally after his stroke in 2011. He passed on September 15, 2018, and left me in charge as president. His name will always remain on the company and the truck. 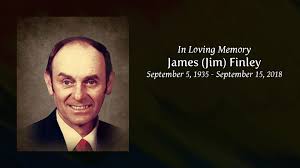